Having pursued eleven years of undergraduate and postgraduate study at McGill, Oxford and a few other places, then spent seven more years as a university professor, I value the importance of higher learning.

But what about unlearning? Is it an opportunity or a threat? Does unlearning reveal a new reality to us? Or does it involve rejecting what we assumed at one time was solid knowledge, leaving us adrift in a sort of mental abyss? Does unlearning place us in an either/or situation, where we have to choose?

The Oxford English Dictionary has a big entry on the verb to unlearn:

1. trans. To discard from knowledge or memory; to give up knowledge of (something).
In very frequent use from c 1630.

c1450 tr. De Imitatione i. xi. 12 Withstonde þyne inclinacion & unlerne evel custom. 1547 Baldwin Mor. Philos. (1551) Niij, The best kynde of learnynge is to vnlearne our euyls. 1575 T. Vautrollier Luther on Ep. Gal. 188 It is to vs no lesse labour to vnlearne and forget the same. 1612 Brinsley Lud. Lit. (1627) 9 Those things which are hurtfull,‥they must bee taught to vnlearne againe. 1686 W. de Britaine Hum. Prud. i. 2 The most necessary learning for mans life, is to unlearn that which is nought and vain. 1779 Mirror No. 12, As they have learned many foreign, so have they unlearned some of the‥best understood home phrases. 1813 Shelley Q. Mab iii. 6 Thou hast given A boon which I will not resign, and taught A lesson not to be unlearned. 1866 Bryce Holy Rom. Emp. xviii. 363 The habits of centuries were not to be unlearnt in a few years.

So, to sum up: according to the Oxford English Dictionary, unlearning involves discarding something learned, throwing off evil custom and things which are hurtful, discarding what is nought and vain, as well as the habits of centuries. 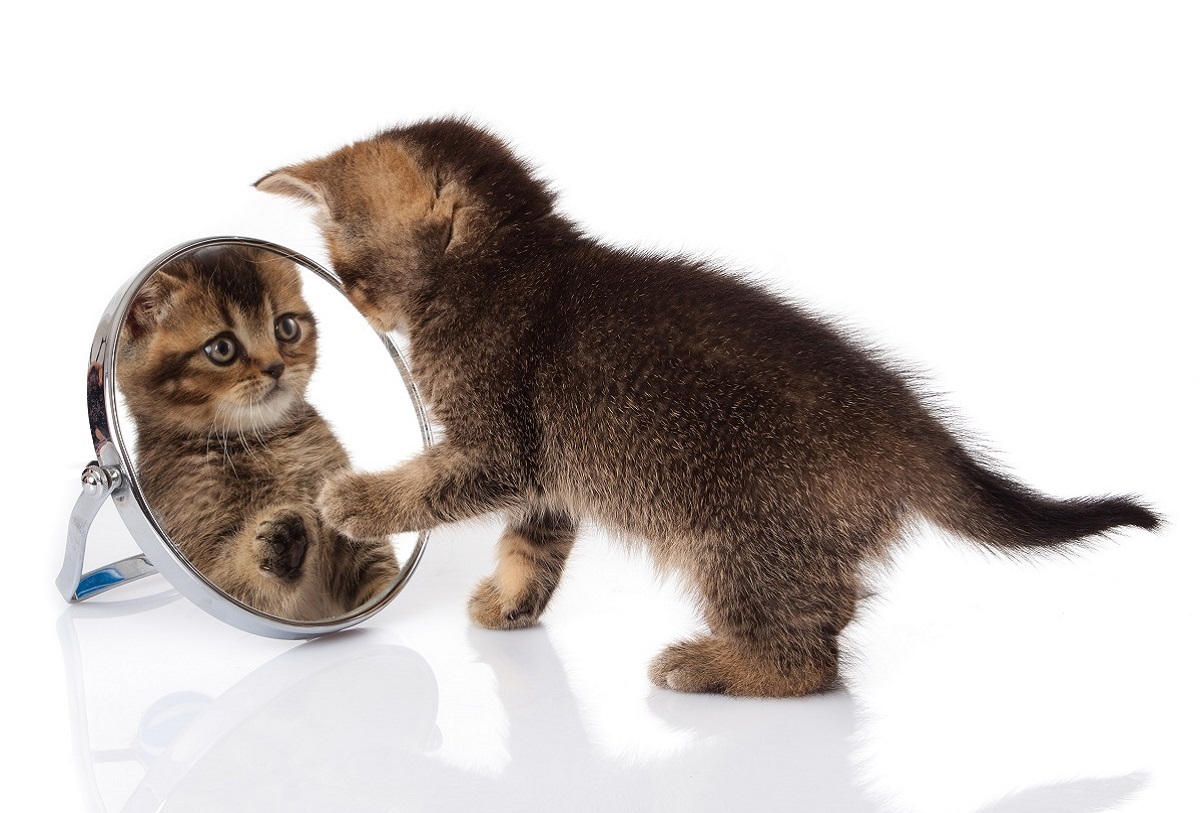 This is not to say we should go in for false dichotomies, like being rational vs. being emotional. One of my modest personal discoveries is to have realized that either/or thinking is a mental trap. We are not always faced with one of two options, we are not always going to do either one thing, or its opposite. I wrote a blog about this a while back:

“As a child in winter, I loved to watch blocks of ice collide and divide [in the St. Lawrence River], and raft up over each other. I was used to boundaries constantly shifting. The barbershop in a nearby town had mirrors in front of the barber chair and also behind the chair, which threw images of the front and back of clients’ heads at each other, front and back, back and forth, ever-shrinking into the distance. This optical illusion of duality intrigued me, and I have never forgotten it. The image from in front of the chair was opposed to the image from behind the chair, which was opposed to a smaller image from in front of the chair, which was opposed to an even smaller image from behind the chair, etc…. The media like either/or polemics, so they mostly pick up on what contrarians say or do, as if this somehow offered a representative cross-section of reality. But it doesn’t. If a society is reduced, brought down to an either/or polarity, then it’s like the optical illusion of sitting in the barber chair all over again.”

Of course, we are all bundles of contradictions.

Continuing with this either/or concept: I can think of cases where one and the same person is both visionary … and delusional. Here is an example, provided by the French historian of mentalities Jean Delumeau.

The great French 16th-century surgeon Ambroise Paré is remembered today as one of the founders of evidence-based medicine, the father of modern surgery and forensic pathology, who developed prostheses and innovative surgical techniques, including on the battlefield. That is on the visionary side of things.

But in 1585, Paré brought out a very strange book: Des monstres et prodiges. 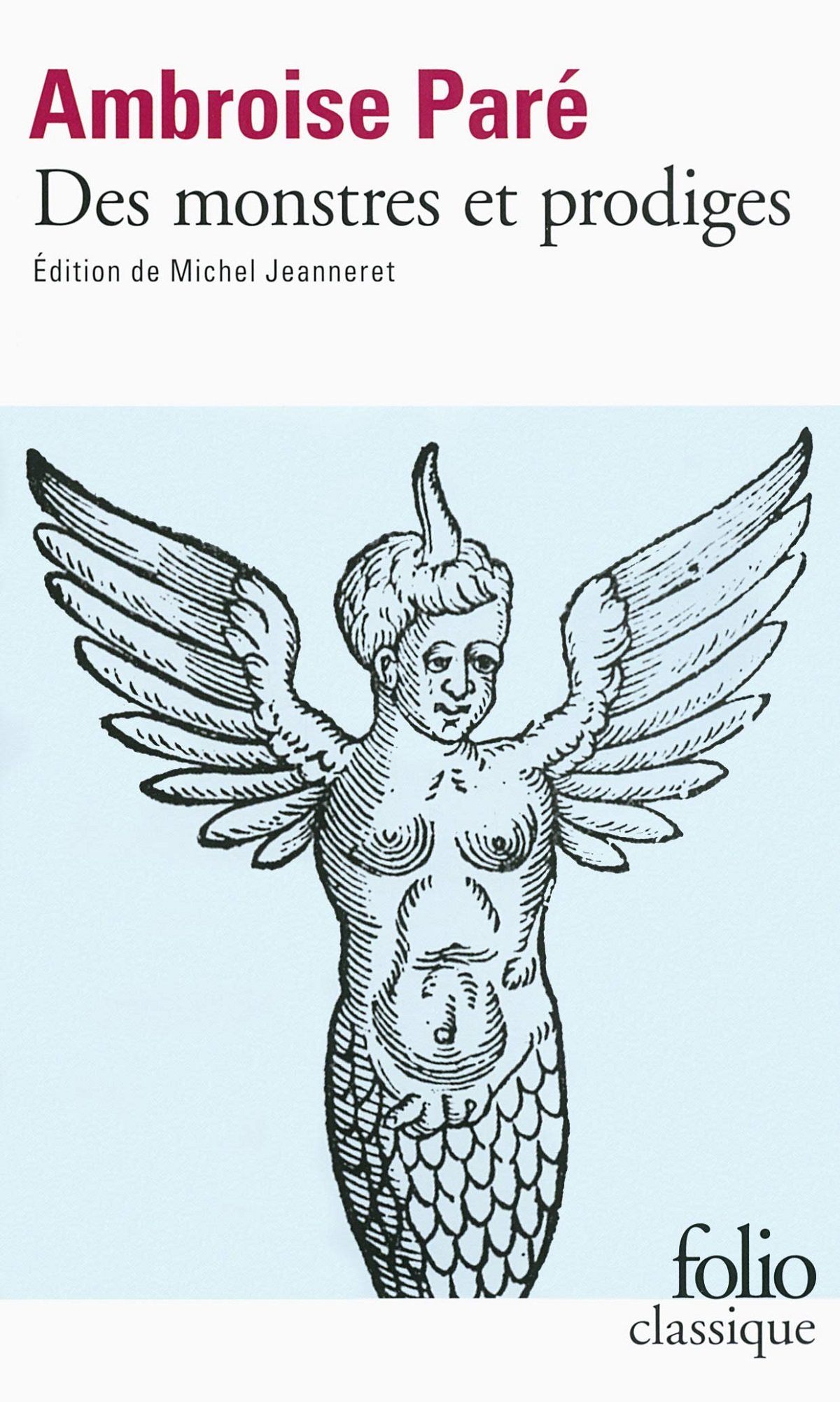 So, in addition to being a visionary, Paré also had a delusional side. In the above book, he writes about freaks and miracles with a straight face: about winged humans with unicorn-like heads, chimeras half-human and half-dog, demons who speak in tongues (out of their stomachs), witches male and female, dogs with duck-heads, goblins, fallen angels, Lucifer, fiendish seductresses, furry giants who eat nothing but consume the wind, lions covered with scales, creatures half-bear and half-monkey, freakish women without heads (whose eyes are in the middle of their chests) and sea-monsters with heads like mitred bishops…. (Lucky the Inquisition didn’t give him a rough time about that chapter!) He even throws in, for good measure, monstrous birds from the tropics called “toucans.”

Now I really have a hard time picturing toucans as monsters!

Jean Delumeau shows in Le Péché et la peur that Renaissance Europe was obsessed with monsters and miracles, taking them for signs foreshadowing the End of the World. According to Ambroise Paré and others of his century, God was unleashing steadily more monsters and freaks of Nature, because the Renaissance had pushed human knowledge to the very limits, and there was practically nothing left to learn. God would soon punish humanity for its pride and greed and lust by raining down on Earth the all-cleansing fire of the Apocalypse.

And yet … Ambroise Paré was such a medical pioneer in his day, he would surely have earned a Nobel Prize or the equivalent, if that can be imagined. (Andreas Vesalius, the 16th-century father of modern anatomy, was after all made a count of the Holy Roman Empire in recognition of his medical achievements.) In 2003, Paré had an asteroid named after him.

I wonder what people in the year 2455 will make of the visions and delusions of Nobel prize-winners of our era?

With maturity, it is refreshing to unlearn, to outlive our own delusions, to become better equipped to distinguish between reality and fantasy, between unconscious/automatic behaviours and new skills. Some things we learn not to believe now may have made perfect sense at the time. Some knowledge may have suited a given moment of our lives, but in gaining a sense of proportion we need sometimes to throw off that old knowledge and see life in a new light. Relations between people, things, ideas and values shift around, and experiences no longer seem quite the same.