Winter is just dragging on and on, and every Montrealer knows from experience that February is the hardest month to bear.

I remember my grandfather Guy Tombs (born in 1877) telling me about winters in his era. People were inventive, and sought ways to celebrate (and not simply endure) the long winter. 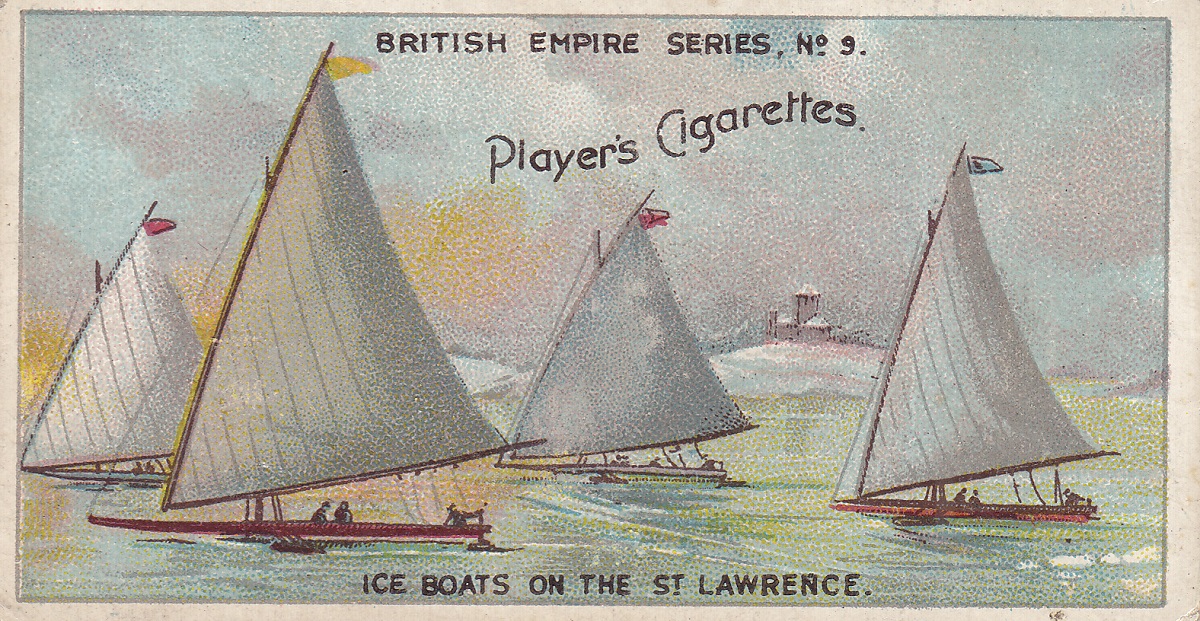 In the mid-1880s, my grandfather crossed the frozen St. Lawrence River on foot, as a boy. That was a trek of about two miles (or three kilometres), and must have been dangerous even then. True, ice clogged the river, and navigation was impossible between December and April. Starting in 1840, the captain of the first ocean-going ship to reach the Port of Montreal was awarded a top hat; then starting in 1880 (usually in April each year), the captain received a golden cane. Year-round navigation only started in 1964. In my grandfather’s era, St. Mary’s Current kept shifting the ice on the river. The current still exists, but an ice control bridge upstream keeps ice from building up in the harbour.

Grampa told me how exciting it was to attend the Montreal Winter Carnival in 1884 and 1885, the centre-piece of which was the ice palace (see the postcard image at the top of this blog). Other cities soon imitated Montreal’s example. Once the ice palace was built, a night-time ritual was celebrated: Storming the Ice Palace. A long torch-lit procession of Montrealers in winter furs marched all the way inside the palace, with a band playing and a crowd cheering, under the crackling of fireworks.

But there were weird sides to winter, too, or at least weird miscalculations. In January 1880, Grampa told me, the enterprising Quebec, Montreal, Ottawa and Occidental Railway laid tracks down on the ice, to compete with the Grand Trunk Railway that had operated the Victoria Bridge across the river since 1859. The tracks on the ice were intended to get passengers from the Island of Montreal to Longueuil on the South Shore. The locomotive fell through, unfortunately, so this experiment was not repeated. My grandfather only arrived in Montreal in 1882, so he could not have personally witnessed this. 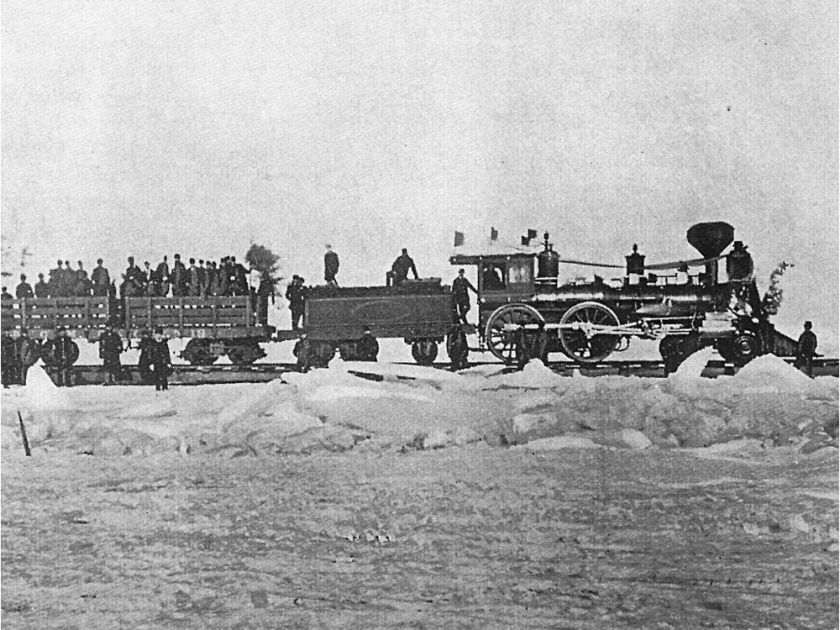 I find this winter has been milder than other recent winters. I suspect an ice palace would not have much of a chance this year, since we have been zigzagging between sharply cold weather and sudden thaws.

The Eye of the Beast