E.T.A. Hoffmann (1776-1822) was a master of the fantastic and grotesque. Author, composer, music critic, lawyer, reluctant Prussian bureaucrat, he was a man of many talents and interests who lived life on many different levels.

Hoffmann’s stories often evoke forbidden, impossible infatuation – a music-lover for a cloistered nun with an angelic singing voice, a young man for his own cousin’s fiancée, a nephew for his uncle the baron’s young wife, an excitable youth for a female automaton he somehow takes (in the delirious fog of passion) for a real living being…. In the build-up and non-fulfillment of desire Hoffmann finds extraordinary opportunities for evoking stress and what we would today call abnormal psychology. Many of these tales place unblemished purity alongside Gothic horror.

Hoffmann has been interpreted every which way, and I find many of the interpretations, in their quest for originality, even weirder than Hoffmann himself! I like him for two reasons. 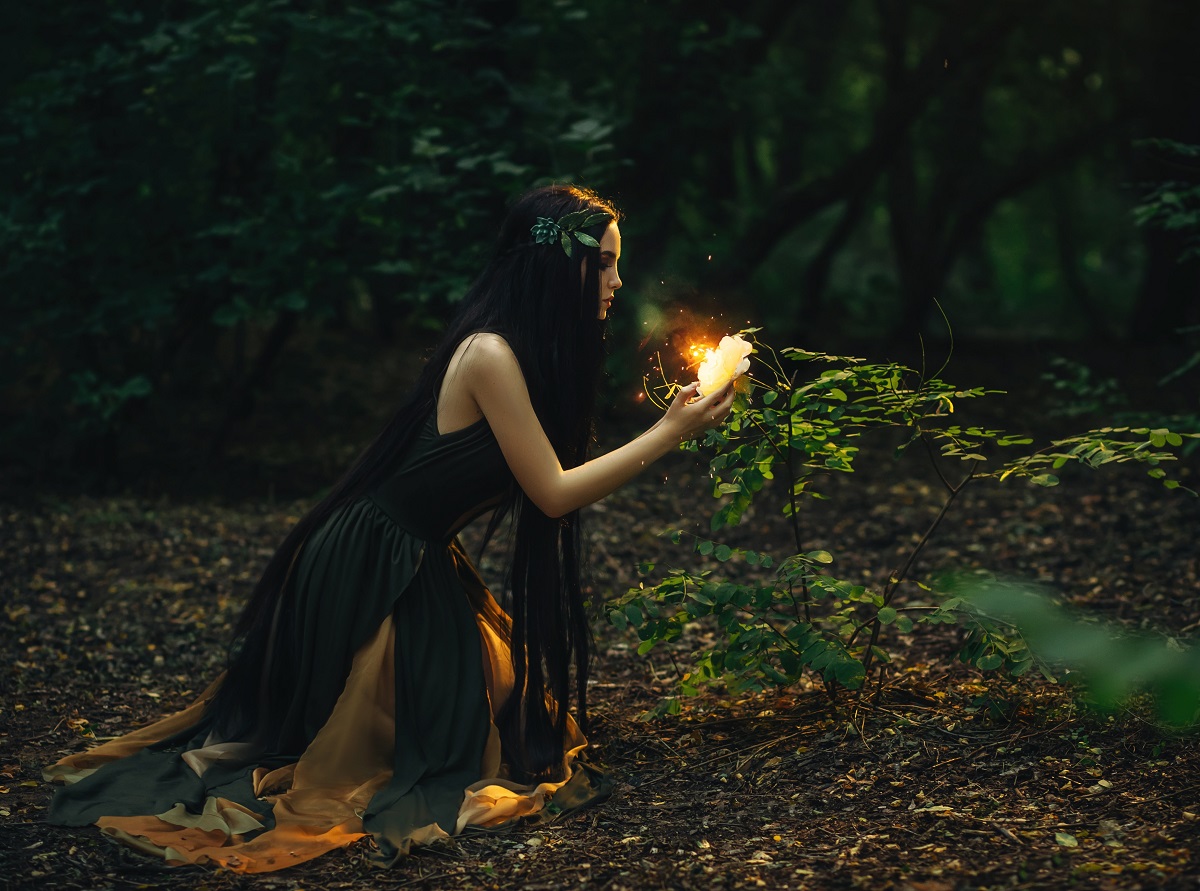 First, several of Hoffmann’s tales involve an artist whose creations become so real they take on a life of their own; they are more satisfying than the everyday world; they loom so large in his mind, like an enormous building wave, that they overwhelm external reality. The artist enters an intimate dialogue with the characters he creates, and they end up devouring everything else around him. Call it madness. Call it what you will. But the artists in these tales, on a quest for enchantment but terrorized by the raging dystopias of their mind, seem much like Hoffmann himself.

Second, Hoffmann takes the view that a person has different attributes – body, mind, soul, spirit, personality. Our word “person” is defined as “a human being regarded as an individual” and is derived from the Latin “persona” which originally referred to “an actor’s mask, character in a play.” (Both definitions from the Oxford English Dictionary.) According to Hoffmann, the attributes of the person may disintegrate, splinter, fragment, shatter, or even merge with someone or something else.

This leaves me wondering. What is this rift between a person and his or her attributes? Is it a form of self-estrangement or self-alienation? What if a woman were at war with her own personality? What if a man lost his soul (to the Devil)? What if a woman’s spirit floated out of her body while she slept, gazing down on the body lying there? What if a hyper-sensitive man simply lost his mind?

And coming back to the galloping imagination of the artist, what if a person felt so dissatisfied with his real self – so contemptible, so wretched – that he self-mythologized to the point of fashioning a fictitious self, which he fused with his artistic creation and could then use as a lookalike or Doppelgänger or mask, in order to hoodwink others into admiring him?

Hoffmann is most remarkable when he conjures up this war-within-oneself.

I remember a sentence Lawrence of Arabia wrote in Seven Pillars of Wisdom, “My will had gone and I feared to be alone, lest the winds of circumstance, or power, or lust, blow my empty soul away.” Lawrence was an obsessive self-mythologizer. He was haunted by a wrenching fear: that he would never be accepted as he really was, that he would fall off the edge of the Earth and tumble headlong into the abyss. John Mack’s psychobiography of Lawrence, A Prince of Our Disorder, reveals that Lawrence hated his real self and threw extraordinary inventiveness into creating an imaginary self, in a quest for public admiration – this cycle of self-rejection and self-redemption continuing over several tortured decades…. Lawrence was perhaps an extreme case!

It is hardly surprising that Hoffmann’s tales, steeped in the Romantic tradition, should revolve around characters travelling from the real to the imagined self, from one dimension of space-time to another – from the natural to the supernatural, from ordinary perception to delusion, from the nagging apprehensions of daylight to the blood-curdling terrors of the night, from dead calm to frenzied vertigo, from Dresden to Atlantis – and back again. In this never-ending swirl of frustrated hopes and tantalizing desires, the enchanted experience of loving and being loved in return always seems … just out of reach.