I have just learned that The Blinding Sea has won the Silver Award for the Best Documentary Feature, in the latest edition of the Latitude Film Awards in London. I was there recently, visiting my son.

This is the first award for the film so far in the United Kingdom, and the 24th festival award so far. 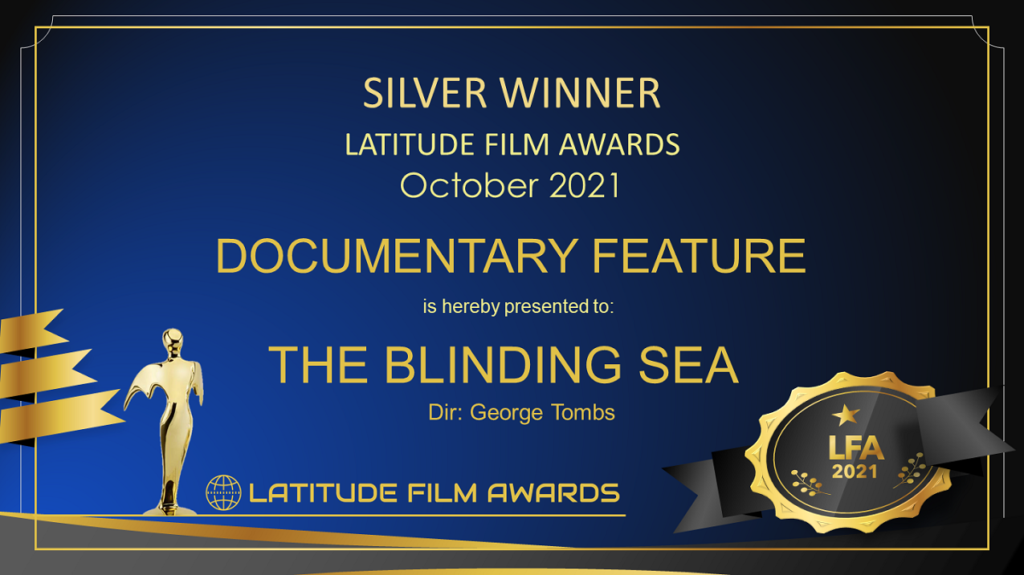 I hope to return to the UK in a few months, for a film tour. This will naturally depend on the public health situation in the country.

The Blinding Sea in Prague

The Blinding Sea in Cannes