We often face situations where we are unsure what direction to take next. We have a hard time picturing the proportion or scale of things. What is near, and what is far? What is small, and what is large? And what exactly are we looking at?

I have always been fascinated by the glittering, shimmering play of light. 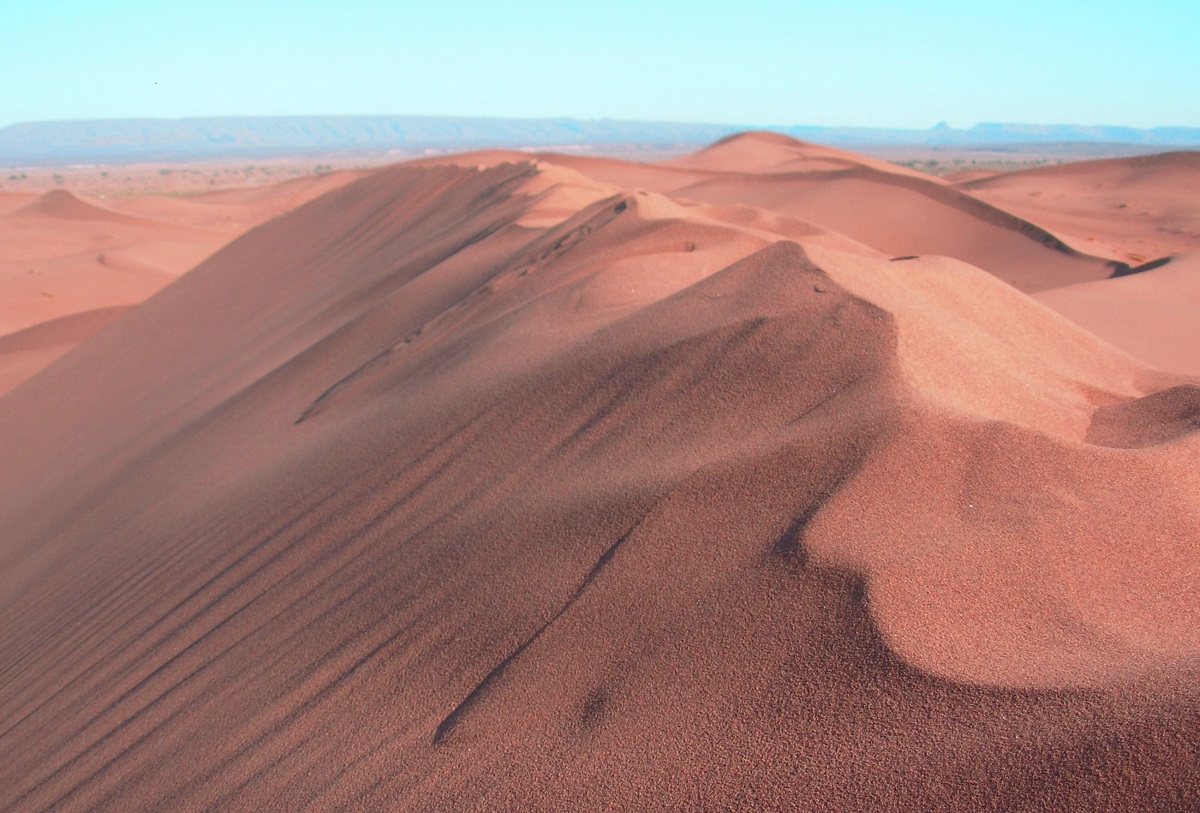 For example, on this Saharan dune I photographed, near Zagora in Morocco. Grains of sand are blowing off the crest of the dune, tumbling into furrows to the left, where they are wafted downwards.

Eventually a breath of wind will bear them upwards again, placing them on another forming crest. The sand grains are in a state of flux. Snow dunes in the wind behave much the same way.

Of course, you can tell from the depth of field in this photo that the dune is close to the eye. I am actually lying on my stomach, focusing on what is happening nearby.

I have often been in situations where I couldn’t tell for sure whether an object was near or far. One time, in the tundra of the Far North of Quebec, I wondered whether there was some microscopic film or dust trailing over my eyeballs. Or was I actually looking at something on the horizon? I remember that’s how I felt. Was I disoriented, was I simply imagining something, was I mistaking one thing for something else? (The Inuit accompanying me pointed out there were about 200 caribou way off in the distance, plodding through the snow.) 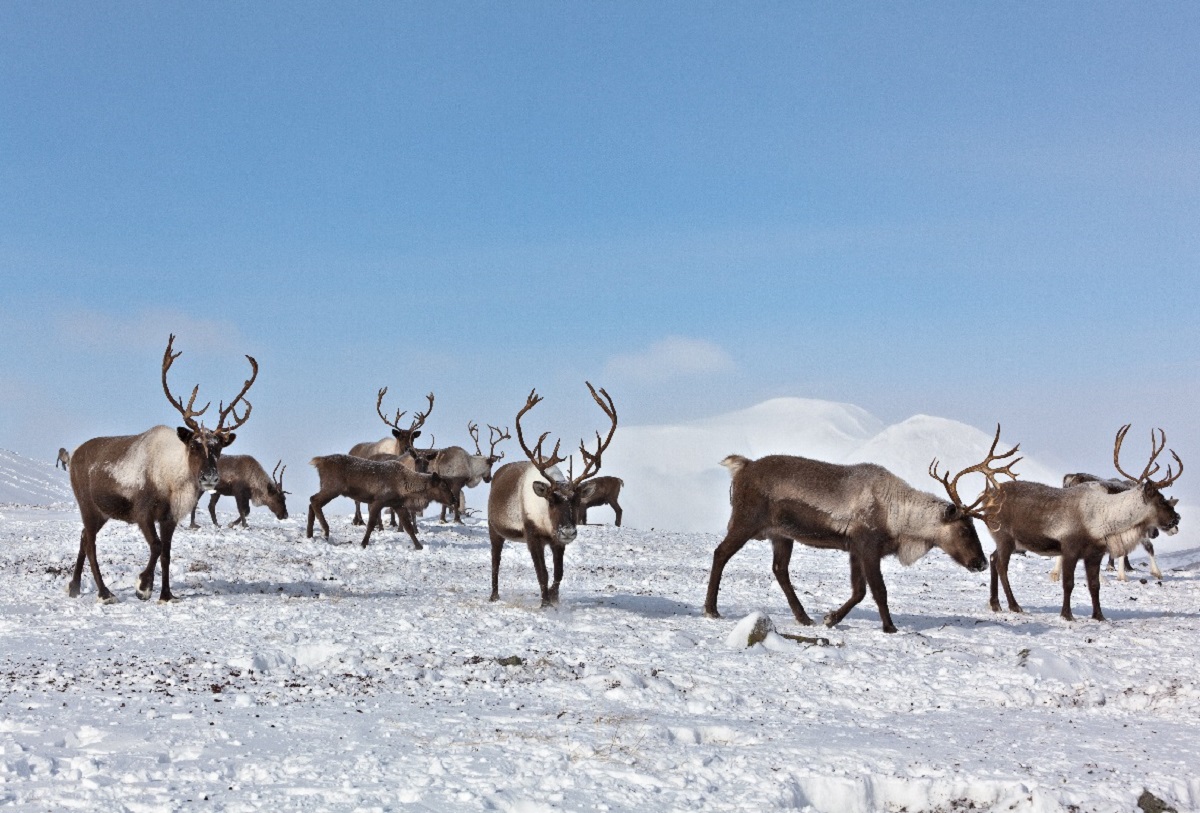 Life is like that. Writing is like that too. It requires a sense of scale. Is a creative idea worth a paragraph, a page, a short story, a full-length novel? Is a factual story worth a newspaper article, a magazine article, a creative non-fiction book? Is padding or fleshing out – to fill up blank spaces – nothing more than compensating for a weak story? What proportion should be given to an idea or story?

Goethe writes that “we see with the eyes of the mind.”

This doesn’t mean we only see what we want to see. We see what we are able to see. And seeing is part intuition, part recognizing something because we think (or believe, or dreamt) we saw it before, part arranging it into patterns or symbols to form something quite new.

In representing something, we may start off with a jumble of impressions.

James Joyce loads Ulysses with a single day’s worth of impressions much of them in Leopold Bloom’s mind – in the Everyman’s Library edition, that comes to 1078 pages! From all these impressions, Joyce selects, organizes, juxtaposes … he creates new symbols. Some people would be happy enough just to survive 1078 pages of daily impressions, without more ado! But Joyce imagines, then transforms these impressions into a stunning, disruptive work of art, like a rippling, evanescent labyrinth.

“Make yourself a master of perspective,” says Leonardo, “then acquire perfect knowledge of the proportions of men and other animals.”

This seems like a different approach to representing things in art. What if we don’t really start off with a jumble of impressions? What if we start off instead with a fixed, timeless, unchanging idea of perfection – an idea we see with the eyes of the mind? 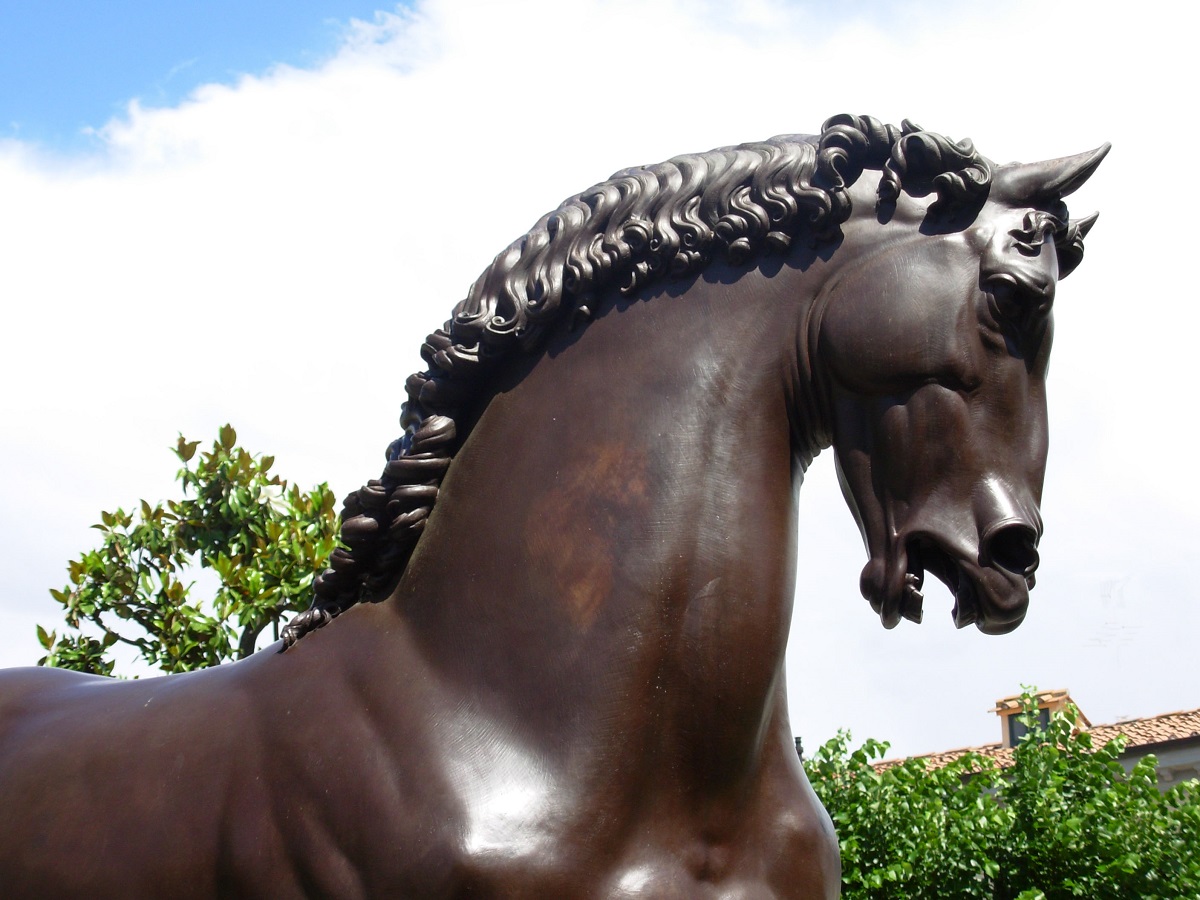 I took this photo of Nina Akamu’s striking bronze version of the American Horse, based on Leonardo’s original design. The sculpture is found in his native village of Vinci, in Tuscany. The proportions seem perfect. The stallion is frozen in time, yet he communicates an incredible, raw power, as if he were just about to explode in movement.

Near? Far? It makes you wonder…