I have interviewed altogether about 15,000 people.

Sometimes interviews have been fairly pedestrian, going from A to B to C. But others have given me vertigo, as if I were on a merry-go-round spinning wildly out of control. Once in awhile zigzagging intermediaries have stepped in, to offer me access to a famous person.

I have a few ground rules. You need to establish your own independence, the tone of the interview, the means of ensuring its accuracy, and the boundaries between yourself and the person you are interviewing. Never lie to get an interview, unless you are dealing with a gangster or war criminal. Above all, get safely home afterwards.

But what are the craziest interviews I ever did?

I remember a French socialite – very lah-di-da – who offered to call her great friend, the actress Isabelle Adjani, then in her heyday, and line up an interview for me. I had to sit with the socialite in Paris, as she put the telephone call through. I could only hear one end of the conversation.

“Bonjour Isabelle, I have a journalist here from Montréal… Yes, a journalist… He’s very good you know, and he’s writing for an American newsmagazine about… Oh yes, I quite understand… How did it go?… Wow, fabulous… No really, that must have been amazing… Hmmm, yes… So this journalist… You are so tired after the last film shoot…. You are taking six months off… No interviews, not even one?… A strict rule?… But … but … Isabelle … yes, I understand, but really …”

I sat patiently for twenty minutes, at the end of which, the socialite hung up, saying it was unfortunately impossible. She was a supreme narcissist who just loved listening to the sound of her own voice. I was quite sure Isabelle Adjani had never been on the other end of the line all along, and the socialite had only pretended to be speaking to such a famous actress in order to impress me. 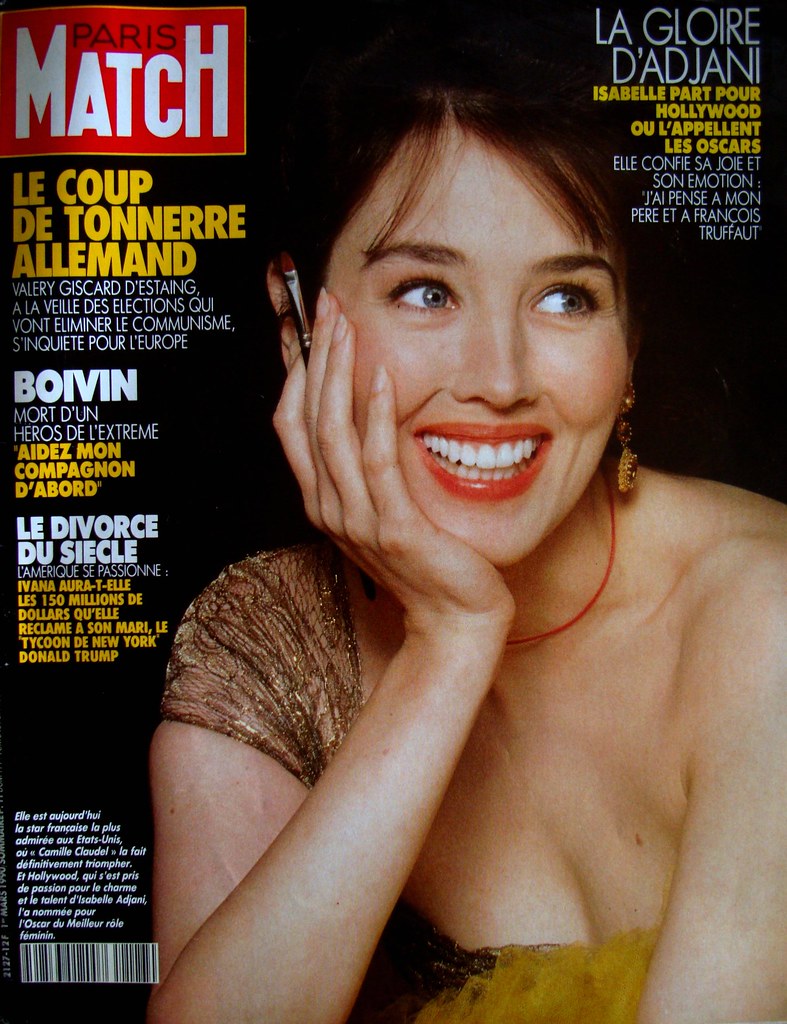 I suppose that ranks as my craziest non-interview! 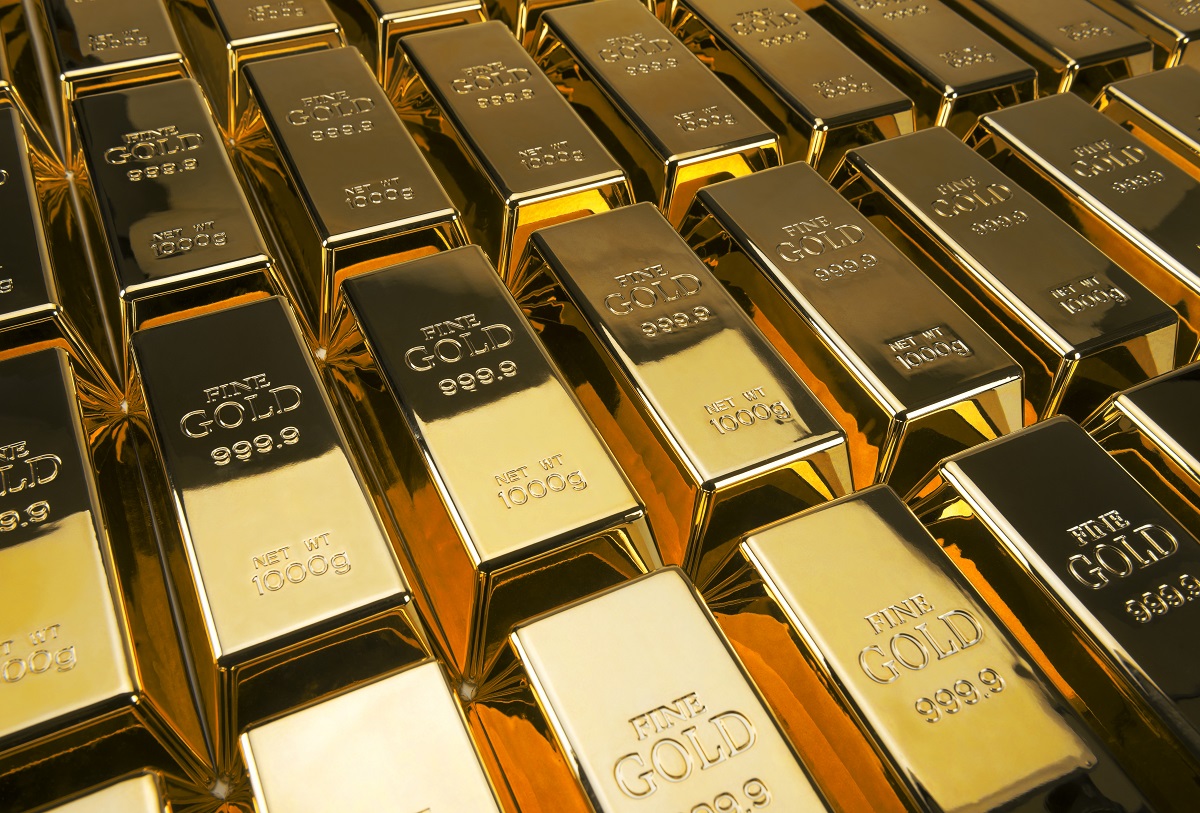 While writing Robber Baron, an unauthorized biography of fallen press lord Conrad Black, I got up to interviews with seven billionaires – people totally out of my league, just as I was out of theirs. They struck me as the most manipulative people I had ever interviewed.

Then there was the interview with the eighth billionaire, who was completely different. 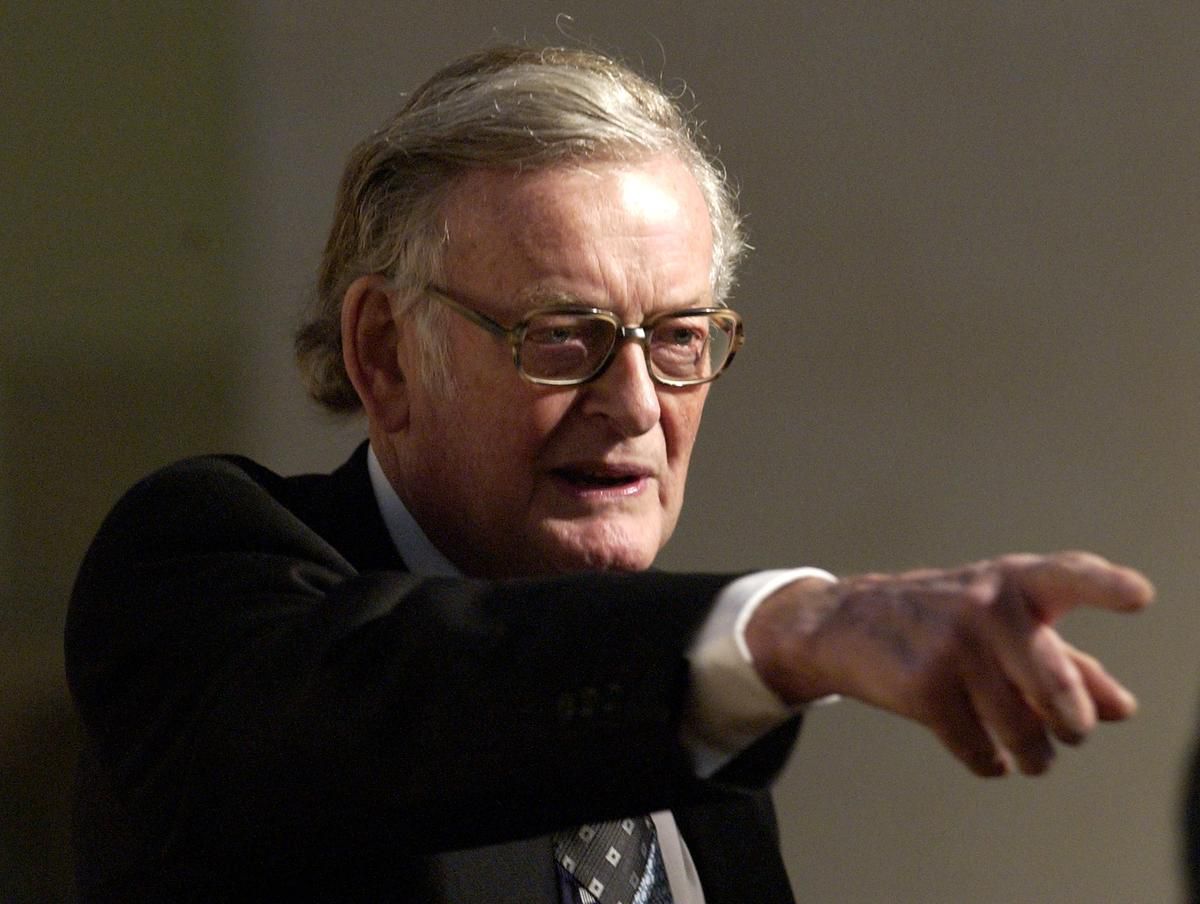 As I write in Robber Baron, “One Saturday morning in early 2004, I got an unexpected phone call at my home in Montreal. ‘Hello, this is Ken Thomson.’ I scratched my head, trying to remember who that might be. ‘Ken Thomson. You interviewed me for your book about Conrad Black.’

“I pulled myself together. This was Kenneth Roy Thomson – the second Lord Thomson of Fleet, the publicity-shy owner of a worldwide publishing empire that had started off with the Scotsman and The Times, with a personal fortune of some $21 billion. ‘Yes, Mr. Thomson, what can I do for you?’

“‘Things are going very badly for Conrad. It is all very unfortunate, and I am not comfortable about being quoted in your book. I would like you to remove the interview. Now that so many lawsuits are being filed against Conrad, readers of your book might assume I am making fun of him.’ […]

“I asked Thomson to explain a little more why he was so uncomfortable…. As he spoke, I began fidgeting at my desk with a pocket calculator, imagining the worth of the hour he was spending with me on the phone. ‘Hmm. $21 billion, at 5 per cent annual interest, divided by 365 days, divided by 24 hours, comes to about $120,000!’

“‘But Mr. Thomson, you read the transcript of the interview and signed it as an accurate statement and mailed it back to me! It’s like a contract. How about if I make clear in the text of my book that the interview took place in June 2003? That way people will know that your comments were made before all of Conrad Black’s troubles started.’

“He paused. ‘That will take care of things perfectly. Come and see me next time you are in Toronto.’”

I enjoyed my subsequent visits to Ken Thomson’s office in Toronto. I came bearing gifts, which he liked, and he gave me a lovely art book about the Canadian wilderness painter Tom Thomson. 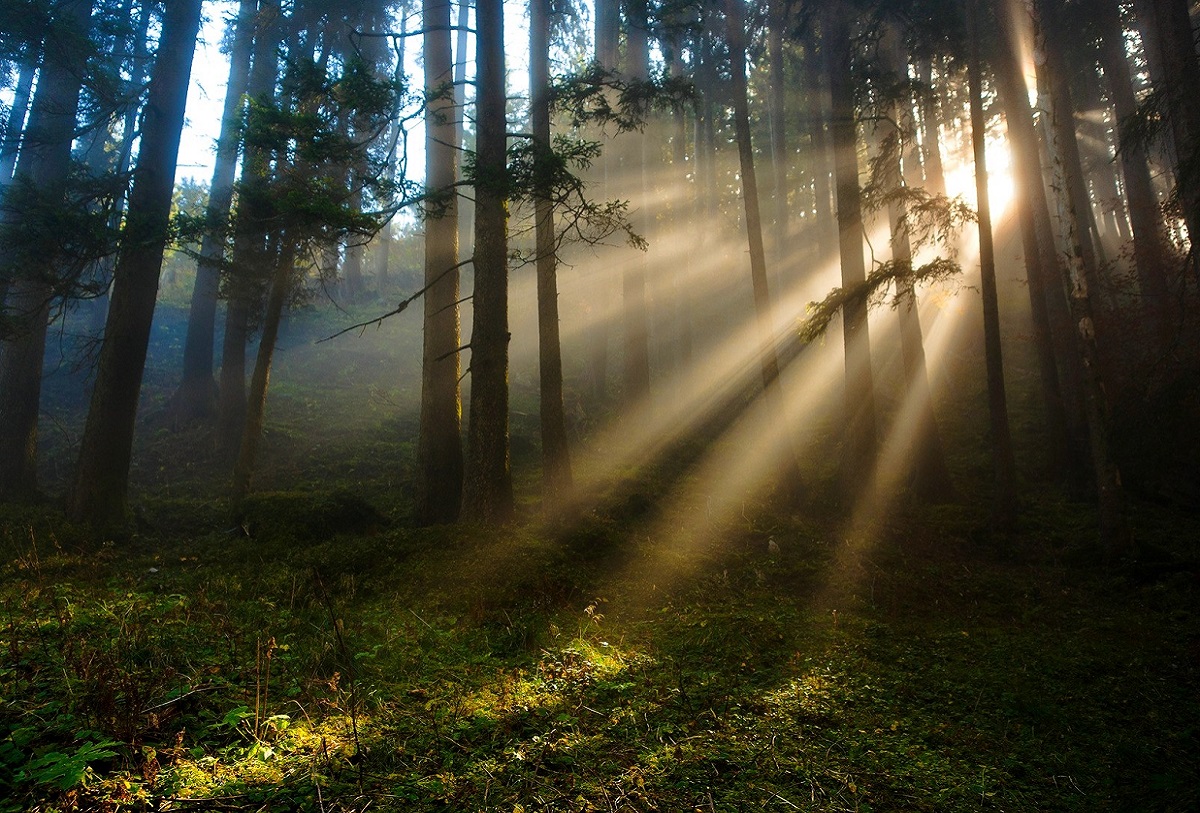 Then there was the interview with Henry Kissinger, one of the most unpleasant, aggressive men I have ever met. I was recording the former US Secretary of State’s words with a handheld microphone, at his offices on Park Avenue in New York City, and he wanted to make sure I didn’t steer off-topic. Of course, I did steer off-topic. Suddenly, he growled at me to turn off the tape recorder. I made a big show of unplugging the microphone. But he didn’t realize I also had switched on a micro-cassette recorder, laying it on my knee, so I got to ask (a few) impertinent questions after all!

Then there was a venerable Scottish earl, living in the same Lowland castle as his direct ancestors back in the 13th century. He had a great shock of straw blond hair going white, a very red face, and slurred speech. He seemed to have been marinated in an oak barrel of whisky.

Once the interview was over, he made the most extravagant proposal to me, inviting me to develop a new source of income for him, to keep the castle in the family.

“George, I am sure you understand, what with estate duties, capital transfer taxes and inheritance taxes, it is increasingly difficult to hold onto landed estates. Now if you are willing to register and build up the brand of my family clan here in Scotland, and organize the annual gathering of the clan – I will be clan chieftain – then just imagine how many Americans, Canadians and Australians with the same family name as me will be lining up to pay good money to come here and eat off our silverware. Even if we are not at all related, which of course doesn’t matter. I will be happy to give you 10% of the proceeds.”

“But your family is from the Lowlands. I thought clans were from the Highlands. You are asking me to create something that doesn’t exist!”

This seemed quite the scam. I politely declined, and I was actually never able to use the interview. 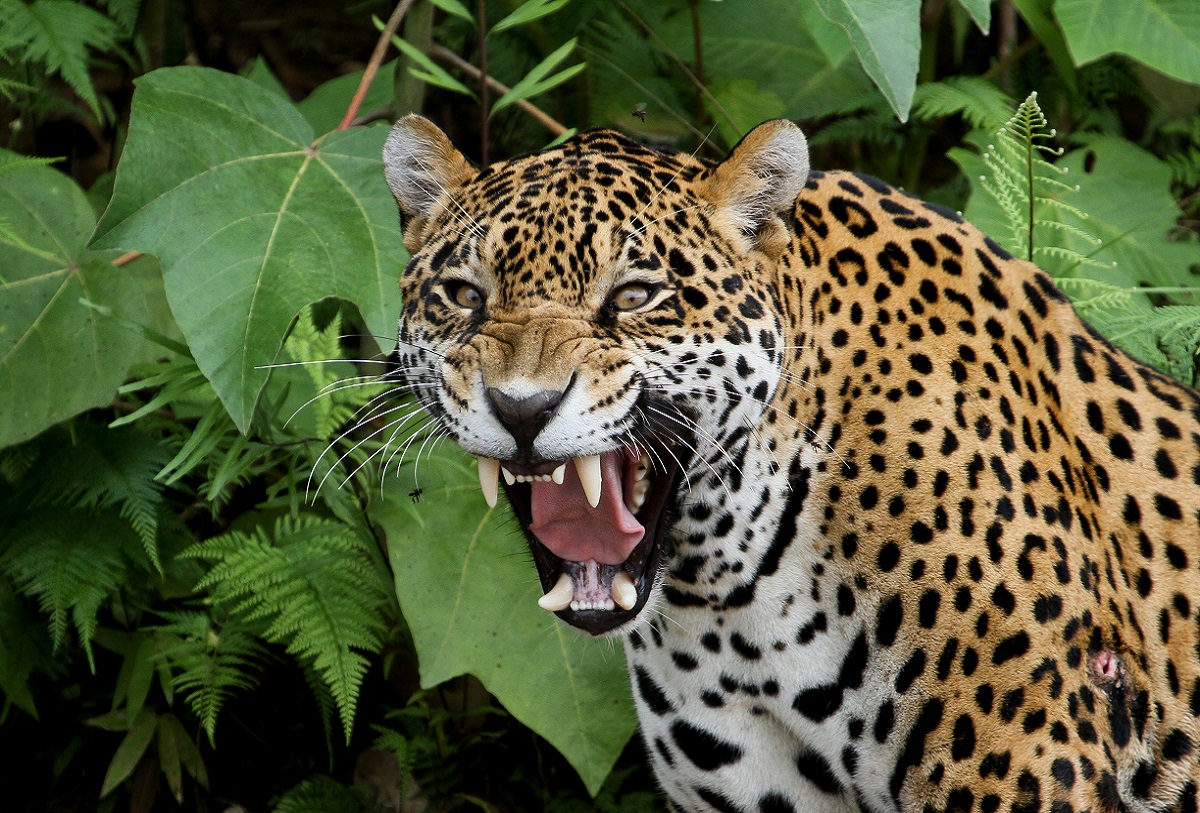 The question of boundaries arose another time when I headed to a compound deep in the jungle of French Guiana, to interview a crusty old Austrian who had been in the French Foreign Legion, and had fought in all of France’s great colonial battles in Indochina and Algeria. At the time, he was rumoured to be trafficking Amazonian wildlife. I had come to interview him about survival techniques in the jungle – skills that came in handy for traffickers. 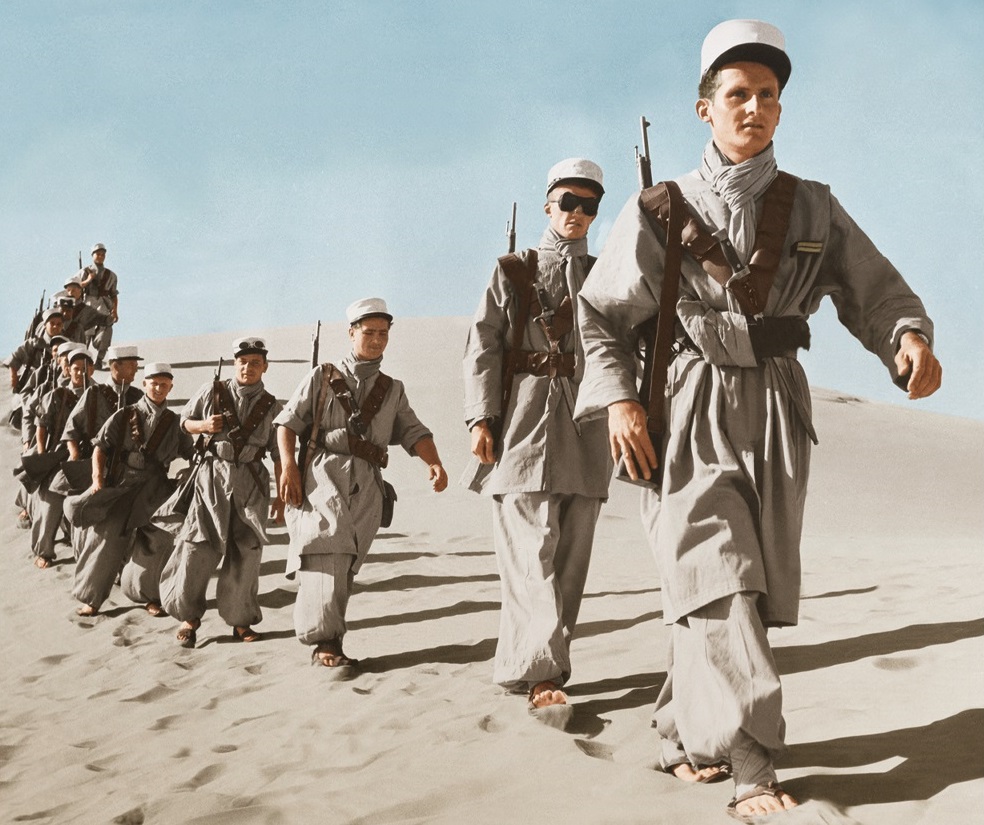 “Du rührst nur Scheiße auf,” he said with an air of contempt.

“Wuzzat?” I replied, pretending I had forgotten all my German from university. But I knew he was calling me a shit disturber. All around us, I could hear a jaguar, a black panther and giant caimans snarling in huge cages. Anacondas were coiled around tree branches nearby.

After the interview about jungle survival, he said, “What would you say if I offered you a really good story? I mean really? Some of us here in South America are determined to establish the Fourth Reich, and we are looking for a great man, who will be our monarch, our supreme leader …”

This proposal made me uncomfortable. I glanced at the loaded pistol and copy of Penthouse magazine lying on the table before him.

“Oh no,’’ I said, “we have a monarchy in Canada. Nobody would be interested in a story about monarchs!”

“I am not talking about the verfluchte Queen of England. She has no power. I am talking about a Führer, an absolute ruler invested with total power, who will cleanse the world, who will establish the rightful place of …”

He ranted on for a minute or two.

Even if we were sitting in a remote jungle outpost, and I was virtually at his mercy, I couldn’t just let this go on.

“Are you talking about someone … like Adolf Hitler?” I said. “But what a disaster the Third Reich was for the world – the invasions, the camps, the cold-blooded massacre of millions of people. The Nazis were filled with hatred. They were completely mad. No, I don’t want to promote your Fourth Reich.”

“Ja … I admit there were a few problems with the Third Reich … We could have managed things better … Given time, we could have worked it all out….”

I left just as the local mayor turned up, to discuss extending electricity to the old Austrian’s jungle compound.

Moments like this give me vertigo. They remind me how alienated people can be, how fractured, as if they learned nothing and forgot nothing. The art of the interview can be very challenging. 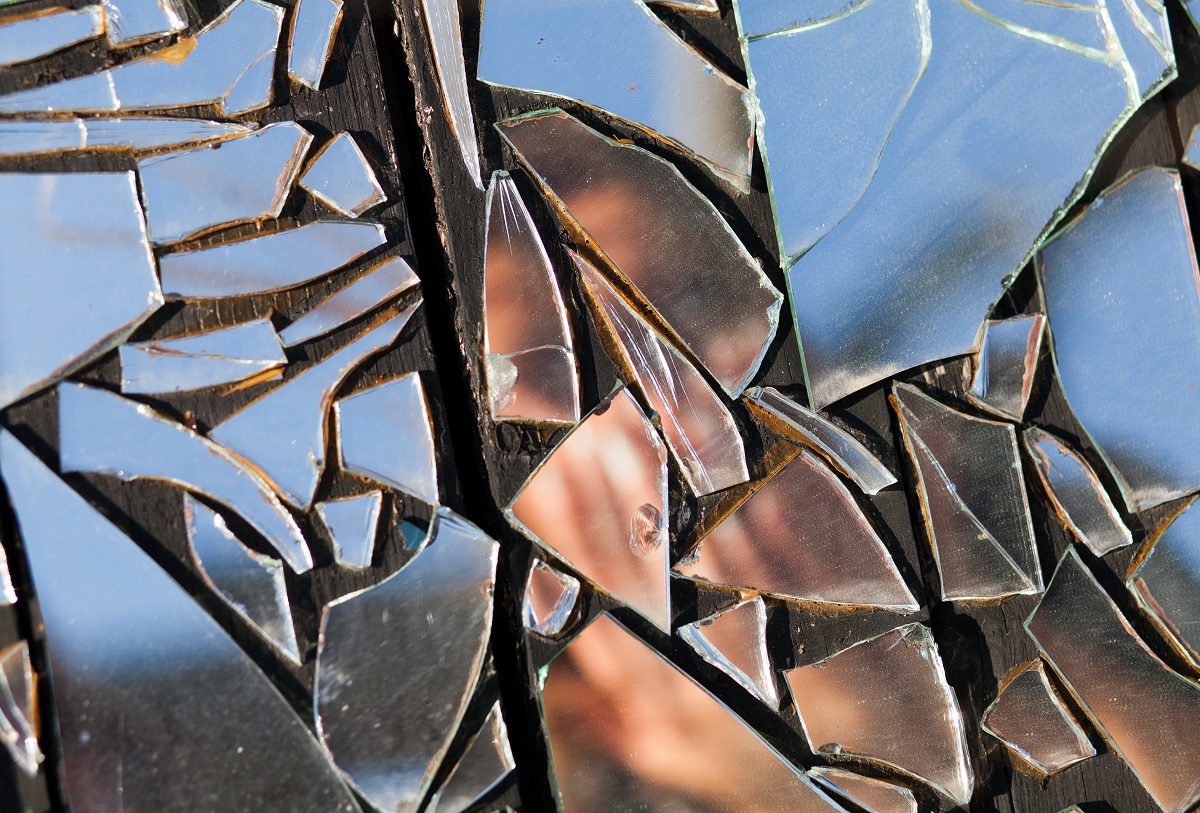