I often wonder about the “mind” of God. If God is infinite (∞ is the mathematical symbol representing infinity), how can humans with their frailty and limits ever imagine they actually know what is in God’s mind? I “wonder” about this, because I don’t expect to find an answer any time soon! 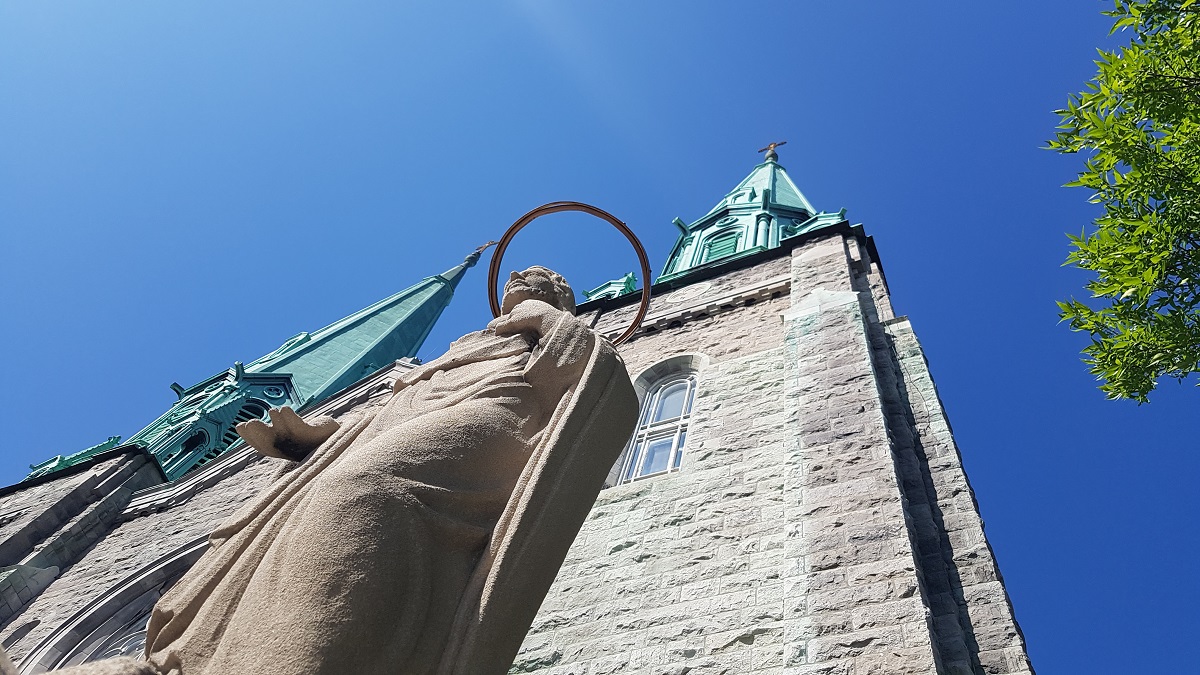 Many people claim to know what’s in the mind of God. You often meet people here in Quebec, raised as Catholics, who had to invent sins at the age of six or seven, just to please the priest hearing their confession. This means priests in cassocks were pressuring faultless children to lie, in order to satisfy the perverse requirements of the confessional. Whatever happened to the belief that “God is love”?

You often see parents heaping reproaches on children, and it works much the same way: the starting-point is that children are blameworthy and need to be put in their place.

It is tempting, in this secular age, to assume that religion is responsible for the guilt trips many adults in authority lay on children. As if fault-finding, finger-pointing, punishment, the withering glare of judgment were all essentially derived from the doctrine of original sin.

But then you see just as many atheists as religious people denounce, crush, tear into children. I doubt that communist régimes for example, with their appetite for young communist leagues and show trials and re-education camps, are acting from a religious impulse. They organize public life into a great ongoing show, and use the enforcement of public morality as a means of social control.

I am less concerned about the cultural origins of the guilt trip than about its consequences.

The pattern of guilt, blame and rejection can take hold, creating a kind of structure or template. And if a young woman sees herself in a fractured mirror, her personality ribboned with fault lines, she may feel trapped inside a psychological prison.

Lucy Maud Montgomery has a lovely line in The Blue Castle: “Fear is the original sin,” suddenly said a still, small voice away back—back—back of Valancy’s consciousness. “Almost all the evil in the world has its origin in the fact that some one is afraid of something.”

The desire to moralize is probably rooted in fear.

In any case, children learn far more from the loving example set by their parents than from preaching, threats and reproaches.

Kirkus Reviews and Mind the Gap