They say cats have nine lives. I must have used up one of my nine lives, the time I went skiing at Cerro Chapelco, near San Martín de los Andes in southern Argentina. I remember needing to get away. Patagonia is far from my home in Quebec.

It was August and I was all set for a ski trip in the wilderness – a retreat from it all – to get my life back on track.

Everything started well. But then a serious problem arose…. 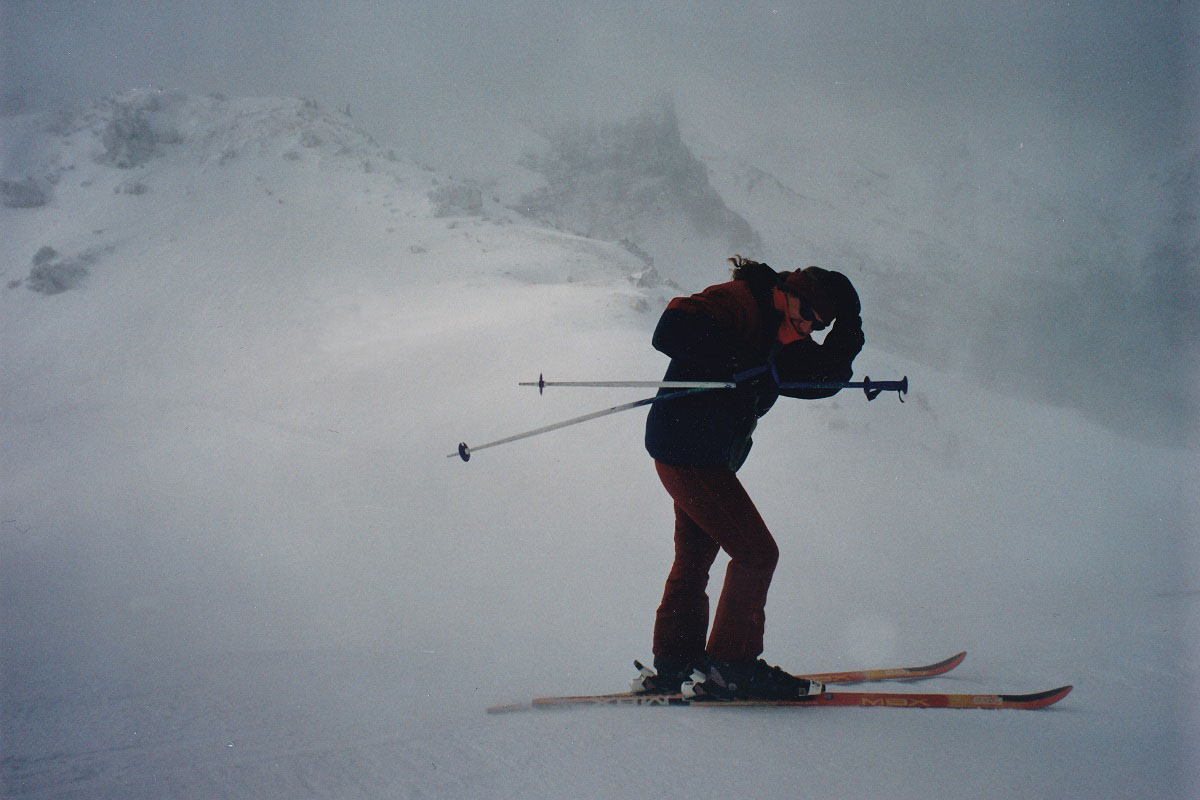 A snow squall at the summit, which degenerated into a blizzard. I took a few predigital photographs. 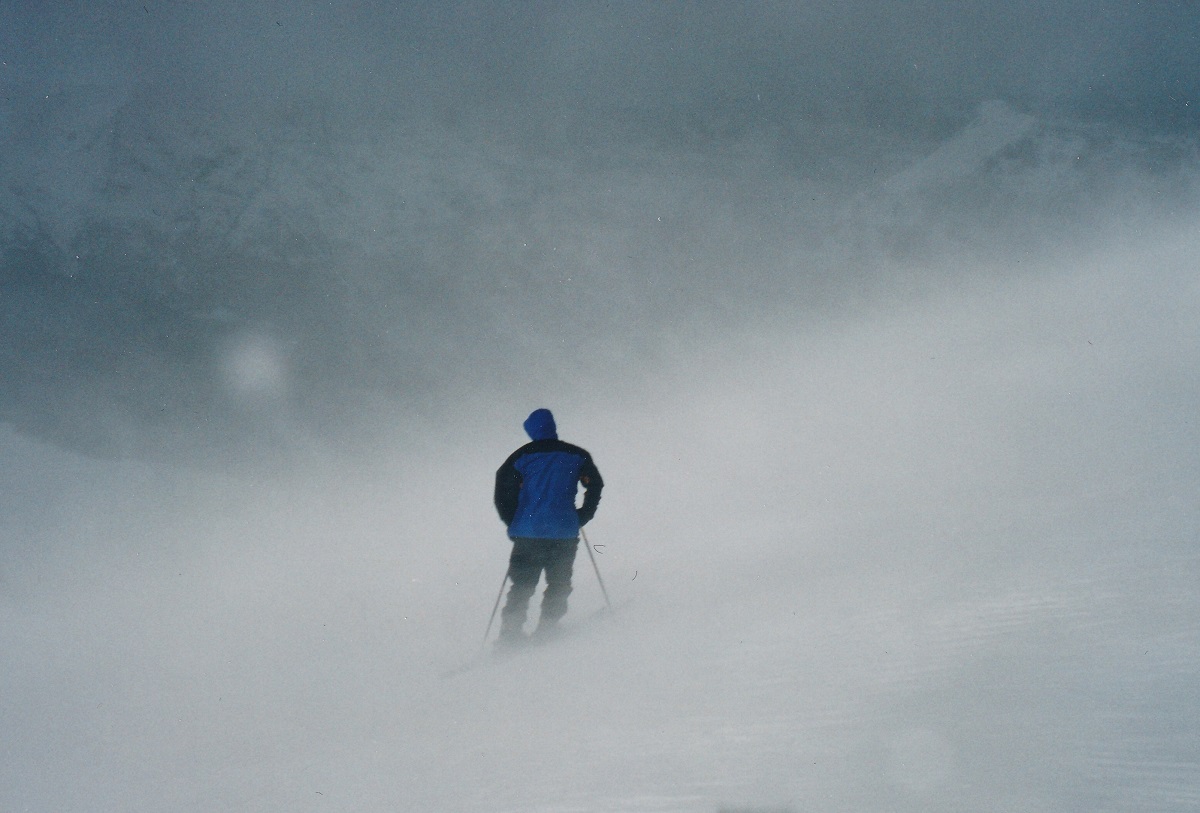 But then, visibility went down to zero. I carried on skiing, only to discover that a barrier along a ridge had been swept away by gale-force winds.

I could barely see ahead, so I stopped suddenly in my tracks. That’s when I noticed I was right at the edge of a 2000-foot or 600-metre cliff….

If I had continued, I would have sailed out into the abyss, and smashed onto rocks way down below. End of story…. 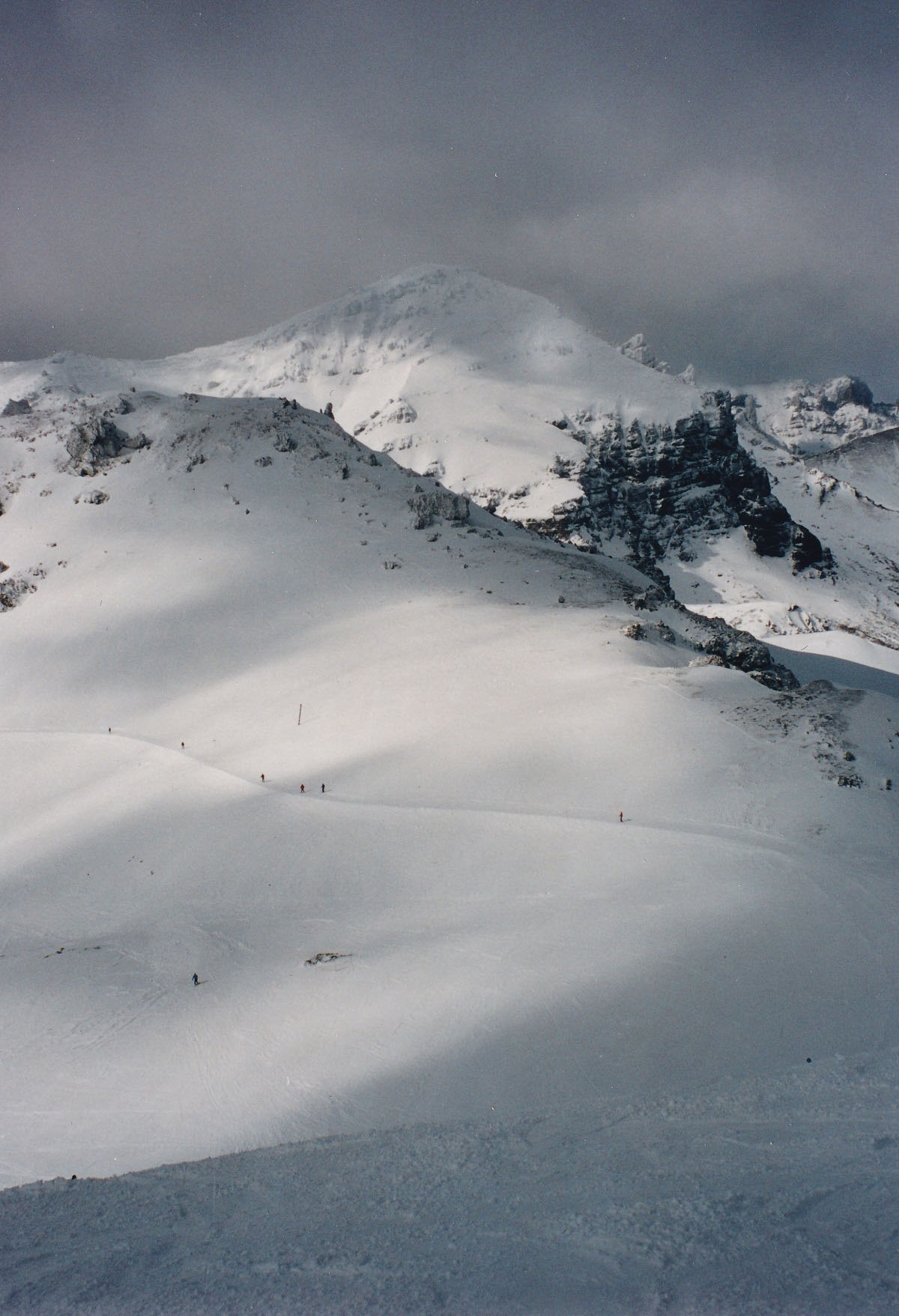 Fortunately, the blizzard lifted. Over lunch, I remember they were playing Riders on the Storm, by The Doors, in the bistro at the base of the mountain. A psychedelic song with lots of thunder and rain! How appropriate!

I enjoyed a week of skiing there.

I may have used up one of my nine lives that day, but it was not the last one! And the experience was funnier than staring down a militaman’s Kalashnikov, or some of the other crazy things I have done. 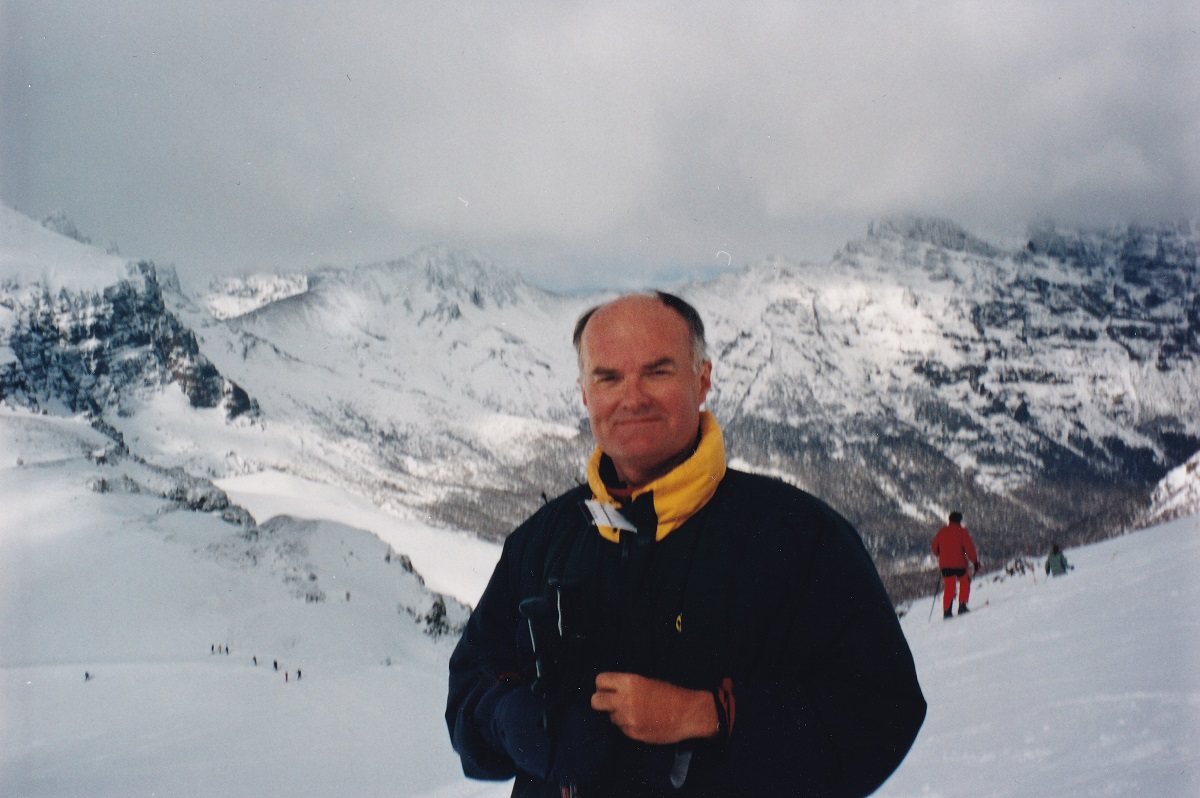