The film tour has continued on to Grenoble, where there was a screening of The Blinding Sea last evening before a well-informed audience in the theatre of the Museum of Natural History, often referred to here simply as the Muséum.

Liliane Bois-Simon, director of the Centre of Canadian Studies in Grenoble, not only organized a virtual screening of the film with an accompanying Zoom conference at the Université Grenoble-Alpes in 2021: she also organized the live event last evening. Of course, given the COVID pandemic, we had to wait awhile before getting together in person!

To embark on a film tour like this means meeting my public, and it is certainly one of the most rewarding experiences I have had in a long time.

When working on the film over many years, I could never have imagined coming to Europe one day to screen it in different French institutions, from a cultural centre to universities, business schools, a cinema institute and a natural history museum.

The audience last evening included friends of the Muséum, professors from the Université Grenoble-Alpes and especially Nature lovers young and old. The people of Grenoble, living in a city at the foot of the Alps, are no strangers to the world of ice and snow. They relate directly to the story of polar exploration, especially a story involving Nordic skiing and dog-sledding. They understand very well what was at stake physically and psychologically as Roald Amundsen nearly disappeared on the Belgica expedition, then set about unlearning what he thought he knew, in order to learn polar skills from the Inuit of Nunavut over a two-year period in Nunavut. Thanks to this knowledge, Amundsen went on to beat Robert Falcon Scott to the South Pole in 1911. 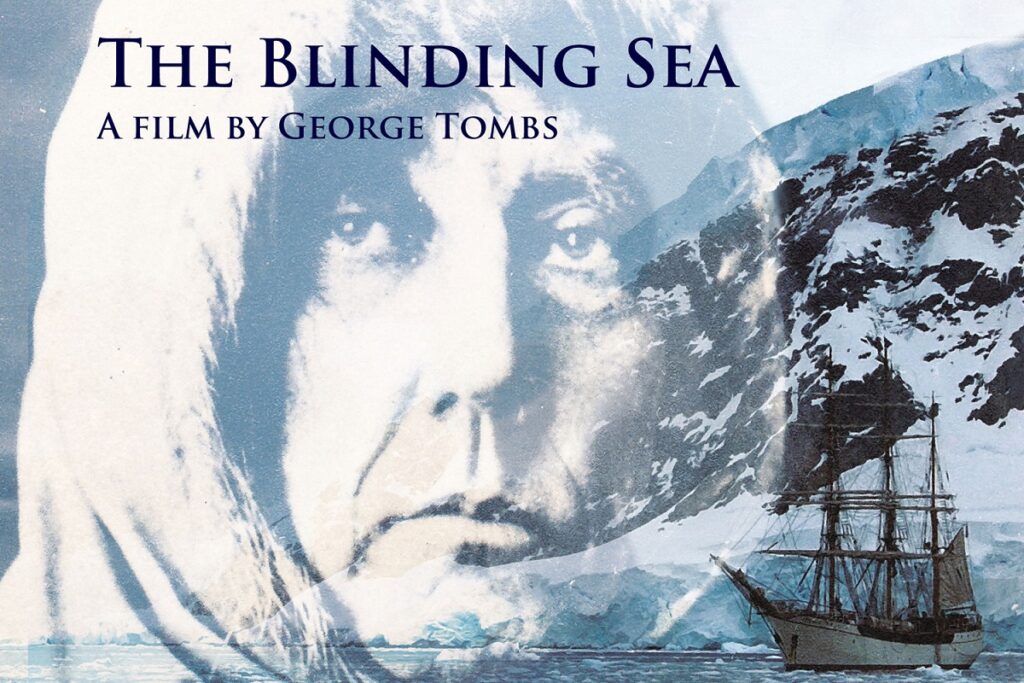 Several audience members told me they find Amundsen interesting as a person, with both strengths and weaknesses. They are drawn to him as a character. They notice he was totally committed to his quest for new knowledge, although he was not that committed to personal relationships! Does this mean he preferred the extreme cold and the darkness of the long polar night to the warmth of intimacy?

A member of the audience told me afterwards that the film is packed with new information which helps her form a more accurate picture of scurvy, an often misunderstood deficiency disease caused by a lack of Vitamin C.

The Inuit, in their non-scientific way, had figured out that eating fresh or lightly-cooked meat would help them avoid scurvy, whereas many European medical and scientific authorities of the late 19th and early 20th centuries had gone off on a wild goose chase, trying to identify supposed bacteria that caused it. Vitamin C was isolated in 1928, but the Inuit and other polar peoples had developed nutritional habits to avoid scurvy thousands of years before that, such as eating the kelp-filled intestines of freshly-hunted seals, or gathering berries and preserving them in sacks.

The Inuit definitely influenced Amundsen in his decision to occasionally slaughter and eat sledge-dogs on his way to the South Pole, since dog cutlets contain vital health-giving properties which neither Amundsen nor the Inuit could explain scientifically. Huskies synthesize Vitamin C in their muscles and organs, whereas humans do not.

Several members of the audience told me they were deeply moved by the chapter of the film devoted to Amundsen and his legal adoption of two Siberian Chukchi girls during the Maud expedition through the Northeast Passage. These audience members were happy to meet Gloria Corbould in the film, as she speaks with power and credibility about her mother Cakonita, one of the two Chukchi girls. For Gloria, Amundsen should be remembered for one value above all: for having the humility to share with, and learn directly from, Aboriginal people in the polar regions.

One lady told me she simply cannot wait for my Amundsen biography to come out! She hopes the book will quickly be translated into French!

Today, Liliane Bois-Simon and her husband Thierry took us for a drive up to the Vercors Plateau west of Grenoble, where we visited several historic sites commemorating the unbelievable suffering of the people in this region due to the Nazi campaign of devastation, hostage-takings and massacres, particularly during the summer of 1944.

The Blinding Sea in Montpellier

An Interlude in Provence